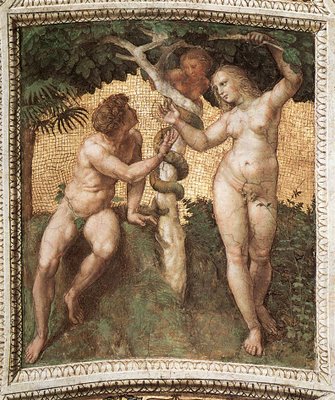 RSR knows you love this stuff and we're simply too weak-willed not to provide it to you:

The question of human origins is at the center of one of the most hotly contested debates of our time.

Did human beings emerge through evolutionary processes from ape-like ancestors or are we a special creation? Does belief in a creator demand that we reject or ignore science or is it possible that science and faith can be allies rather than enemies?

Answers to these and other questions are discussed in the best-selling new book by Dr. Fazale ‘Fuz’ Rana, Who Was Adam?

In Who Was Adam? Dr. Rana presents cutting-edge discoveries about the human fossil record, ‘junk’ DNA, Neanderthals, and the connections between humans and primates.

“With the discovery of what scientists have aptly named Y-chromosomal Adam and Mitochondrial Eve, new genetic and DNA evidence with the fossil record show very clearly that modern humans are not related to previously existing hominids as once believed.

“There is astonishing new evidence to support the position that homo sapien sapiens exploded onto the scene less than 100,000 years ago from a single man and a single woman.

“Even more astounding is that scientists now know that human origins had their beginning in a particular geographical area—the same area identified by most biblical scholars as the physical location of the Garden of Eden. Belief in a literal and historical Adam and Eve as recounted in the Bible has greater scientific credibility today than at any other time in human history.

It's new. It's amazing. It's astounding. It's absolutely astonishing. It's got more exclamation points than a porcupine has quills. It's, it's, it's ripped from the science section of the National Enquirer, eh Christian Newswire.

We hear the National Enquirer wouldn't touch it, not enough facts...